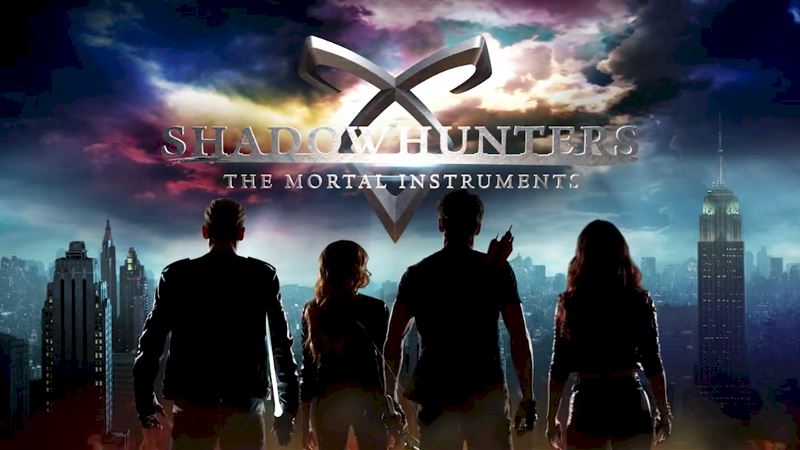 Around this time of year, normal high schoolers would be counting down the days until winter break starts. On the other hand, anyone who has read The Mortal Instruments series knows better than to refer to themselves as “normal” as they mark their calendars for the premiere of the highly anticipated television series, “Shadowhunters” on Freeform (formerly ABC family). Despite not even airing its pilot episode, the show has already stirred up an enormous fan base from readers and non-readers. Based on the New York Times bestseller, the show follows normal art student Clary Fray, who believes everything is going right in her life until the day of her 18th birthday. Join Clary as she’s pulled into the Shadow World by an encounter with handsome shadowhunter, Jace Wayland, and her world is completely turned upside down as what she believed to be real becomes an illusion and the imaginary becomes reality.

For any television show that comes from a book series, it is vital that each member of the cast completely embodies the beloved characters all of us readers have grown to love and obsess over. In complete honesty, I feel like just seeing the cast makes me swoon over the characters all over again. Appearance-wise, each one is spot on with Katherine McNamara playing Clary Fray with her beautiful red locks, and Dominic Sherwood as, like I stated before, the gorgeous Jace Wayland. One of the fan favorite characters of the book series, glittery High Warlock of Brooklyn Magnus Bane, is portrayed by former Glee star Harry Shum Jr. I have high hopes for him as his prior skills in dancing will be incorporated into the show. “His movements are very calculated, but also very fluid,” says Harry, “I think it helps that I have a dance background and that I can utilize it, but not in a way of looking like a dancer, but putting it into the character where there’s a distinction between walking and moving with intentions”. Personally, I feel these actors will not only bring the best out of the characters, but go beyond expectations encouraging us to fall in love with them in completely new ways.

Any bookworm who has read the book before the movie came out will always talk about how much the this new portrayal will diverge from the original, be it better or worse. Those in charge of the show promise to remain true to the characters and the overall plot, but will also include new surprises that are not in the books. Most of the changes relate to how Clary, Jace, Isabelle and Alec Lightwood travel from place to place. Even those who think they know almost everything about the series may be pleasantly surprised. For example, some sources say that the show will bring in characters from other works of the author, Cassandra Clare. Though there are some differences in the tv show, the cast stated how all the romance will still be present such as the following ships: Clace (Clary+Jace), Sizzy(Simon+Isabelle), though Simon is introduced having a major crush on his best friend Clary, and then the ultimate OTP, Malec (Magnus+Alec). With all the fans eager to watch the show despite the similarities and differences from the books to the tv version, Cassandra Clare tells the fans “I hope [people] will come to it with an open mind”.

From the information gathered about the show, “Shadowhunters”, I am certain its popularity will only continue to grow not with just Cassandra’s loyal fans, but also those who aren’t interested in reading books at all. Despite the supernatural characteristics the Shadowhunters have, all of them seem very relatable concerning their human aspects, allowing the viewers to still connect with them while watching seraph blades slice through demons. The cast shares how the show balances out the drama, action, and romance weaving in the comedic relief we all know and love. Everyone has high expectations for the show ever since the disappointing movie back in 2013, and I feel that this new show will definitely meet them.