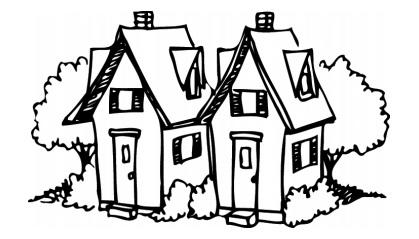 She was just there, on my porch. I really don’t know any other way to describe it. Not that I wasn’t grateful for the cookies she held so casually in her hands, but I hadn’t asked her to be here. And I get it, maybe I’m just being a cruel person because I wasn’t warm and welcoming to the new neighbor but I – I’m not a people person. My mom calls it social awkwardness. I call it self-preservation from the corrupt, less intellectually capable minds of fellow teenage soul-suckers.

Anyway, I didn’t know it at the time but this girl would soon be a large part of my life. Not as a friend. Not as a love interest. As a neighbor – someone you are forced to talk about school with, someone who always manages to catch you on your way to an important activity just to talk about the upcoming block party, someone you can’t get rid of because their entire family history had been rooted in the heart of the same small town since the beginning of time.

She would show up literally in the most random and kind of “stalkerish” times. I would be doing yoga in my backyard and out of nowhere she would bombard me with pictures of her cat. I would be eating brunch with my parents and she would pop in with questions about the upcoming history test on the Mongols. I would be at the grocery store eyeing the egg noodles I needed to get for dinner, and she would be right next to me, asking if the elbows or the bow ties were better.

Trust me, I’m not a bad person. I wear my seatbelt in the car and look both ways before crossing the street, but I think there’s a limit for everyone. So, one day I guess she – she just pushed that limit too far. I was sitting at the island in my kitchen eating this perfectly cold slice of pizza from the night before when I saw her cat-lady-looking, psychopath-stalker-looking, pound-cake-cupcake-brownie-truffle-chocolate-whatever-she-made-that-day-looking face out of the corner of my eye. Maybe it was the fact that I had woken up just five minutes before then, or that she was wearing this hideous bright pink hat, but I went off on her like she stole the last roll at Christmas dinner. I started off repeating the word “nope” several times, but her bewildered expression caused my fists to clench. And then, well, she ended up running home crying. I told you, I’m not a people person.

The next day, though, was even worse. I came outside to ride my bike to school and guess who was waiting for me at the end of my driveway? Well, I’ll tell ya! It was none other than my favorite teenage soul-sucker. With chocolate chunk brownies. Chocolate. Chunk. Brownies. Why couldn’t I get rid of her?! And why did she have to bake so well? Betty-Crocker-looking, Aunt-Jemima-looking, Martha-Stewart-Looking, Sandra-Lee-looking, best-brownies-I’ve-ever-had-in-my-life-looking soul sucker.

It’s been a couple months since then and my mother has advised me not to go off on her again just in case she is a spy who’s planning to destroy my family. But all jokes aside, after that incident happened, I failed at trying to understand why she did the things she did; why she just forgave me the next day. I can honestly say now that I still don’t understand her personality completely. I don’t think anyone does. But I know she’s not going away anytime soon, so I just have to – I just have to deal with it. And maybe one day there will be a slim chance of me perhaps, possibly, maybe becoming tolerant of her behavior, but until then, I’ll smile and wave.

She’s my neighbor. Whether I want her to be or not, she’s part of my life and my routine and my diet, to be quite honest. So, for now, we will remain acquaintances. Some call her Lulu Puskarich, but I call her my neighbor, Lu Pus.