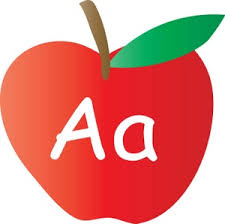 When Ezra’s younger brother was found on the floor of his house in Winnipeg, dead, no one knew what to think.  There was no evidence of violence on his body, and he was known to be in a sound mental state.  The younger of the two brothers had been a lively young man, always the life of every party, always making everyone around him laugh, but also one of the smartest, most accomplished people in town.

But the shock of his death was largely overshadowed by the shock that came when word got out that Ezra, the shy, quiet, and artistic older brother, had been arrested for the murder of his younger brother.  And not a single person could have guessed the story the police pulled out of Ezra, or that he would spill everything the moment he was accused.

“I was born five years before him.  My mother was obsessed with me, and it was she who put a paintbrush in my hand the moment my chubby fist could close around it.  My father, however, did not like me.  He yelled at me all the time and he beat me when my mother wasn’t around to see.  I took to following her everywhere I could, which made him hate me even more, because ‘it was like he had a daughter, not a son.’

“When my mother became pregnant with my little brother, I got a little break because my father was too preoccupied with my mother’s comfort to pay attention to ‘the little girl he had to turn into a boy.’  But then, a month before my brother was supposed to be born, my mother was in a fatal accident, which the child inside of her somehow survived.  He was extracted from her corpse and brought home.

“My father was in love with the new baby immediately because ‘he retained a spark of her spirit within him,’ and so I was neglected.  See, my father only ever loved one person in his life, and it was my mother.  The only reason he liked my brother even a little bit was because he reminded him of my mother.  And that was how we grew up,  my brother always getting all the attention, all the praise, everything was always him, him, him, him, him, nothing was ever about me.  I was the older brother, I was supposed to get the attention, the material objects, I was supposed to be the favorite!  And it wasn’t just at home, either.”  At this point, Ezra’s voice started rising as he pounded his fist on the table and stood up to start pacing around the room, behavior of the sort no one had ever seen from him before.

“Everything was always about him!  Everything!  No one knew when my birthday was to surprise me with a party!  No one ever got me presents for the holidays!  No one ever even said ‘I like your art’ to me!  People thought I liked being completely alone all the time–no one likes being alone all. the. time!  Everyone needs a friend!”

He suddenly went completely still and looked directly at the woman interrogating him.  He paused for a moment before he continued on, quietly this time, almost a whisper: “He liked apples.  Ate one every day, even when we were kids.”  He laughed harshly.  “You want to know how and why I killed him?  He took everything that was supposed to be mine, there’s your why.  As for the how–” he shrugged.  “I just poisoned his apples.  It was a little too simple, really.  Apple seeds already have cyanide in them, I just added a little more, just enough to kill him, and it worked.  I poisoned all of his apples–I didn’t know which one he would eat, you know–and the plan was to eat one of the ones left as soon as his body hit the floor.  But you caught me.  So, here we are.  Now what?”

‘Now what’ turned out to be a life prison sentence for Ezra.  He was never a problem.  He was quiet and never made a scene about anything, but one day about five years after his sentence was given, his cell was found empty.  No one saw Ezra again, and no one knew what became of him.