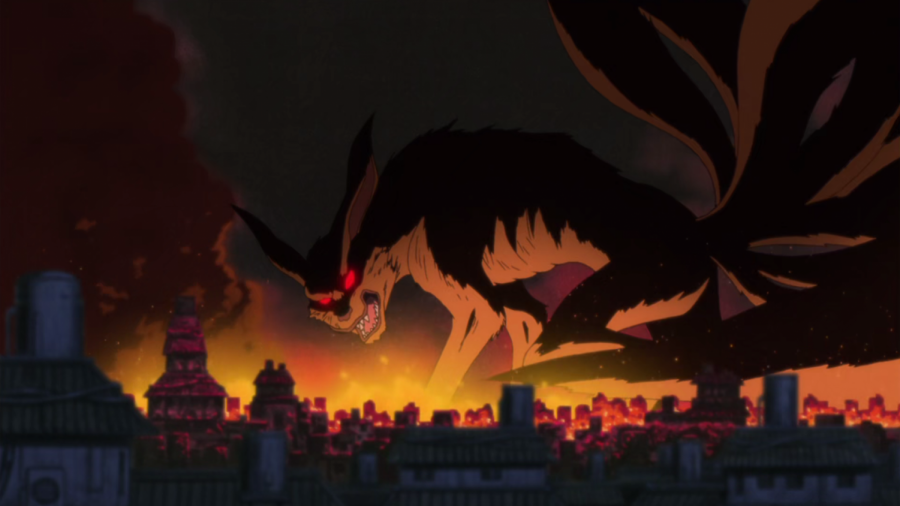 This man is not my brother. The man whom I have grown to recognize as kin. The son who inherited Father’s cottage of lilac bushes and his animals. He wore a fine coat of the darkest hue of moss. The way he had with people that would make them trust him. He wed a benign woman whose hair was the brightest of crimson and eyes which held the stars. He had all these things, along with my brother’s face (my brother’s handsome face), but was one I knew no longer. This man is not my brother because last week…

I killed my brother.

A week ago, a beast arose from the wood (like most strange things do). It plagued our village, killing livestock, including three of my brother’s sheep in one night. At town hall, I offered to kill the beast myself. They all laughed. Except my brother. They wanted my brother, my courageous brother, to hunt the beast. How they loved him, adored him, was something I would never get because of my brother. If only there was a reality of which my name would make hearts eager, hands intertwined with a beautiful maiden lying near the dancing flames at dusk, lilac scent filling the room. If only… my brother. Clouded thoughts soon diminished as brother then stood from the corner of my eye, his cool eyes looking deep within my own and that damn charismatic smiled, “We will slay the beast together.” They all agreed. With my brother.

With rifles in hand, we headed towards the wood at dusk. Its was so cold. Quiet. Dark. We passed trees of nimble women’s hands. “Common oak.” my brother stated. We walked along the river which growled like wild hounds. “A babbling brook,” my brother chuckled. And an ominous dark deep hole full of black. My brother kneeled down to the ground, his eyes full of wonder as he observed the pit. “How curious…” My brother mumbled. It had a faint scent of lilac.

As my brother and I journeyed further, deeper in the wood we found it. The beast. I have sworn that I have seen it mocking me with a twisted grin, all fangs bare. I had hidden under an old oak, clutching onto my riffle. Then there was a noise. Quiet again. I left my hiding place to see my brother standing over the beast with it’s body limp, lying in a pool of crimson and the dust of gunpowder begin to dwindle. He had slayed it. Mercifully too, how typical.  “It was a wolf!” He had laughed. “It was only ever a wolf!” We laughed together, my brother and I, at how I had hidden, and how the villagers would be grateful, oh so grateful. To. My. Brother. The laughing faded. I felt my index trace the trigger slowly, feeling every detail and its power, my eyes still on my brother. They will be grateful to my Brother. My Brother. It was quiet. Then a noise. Silence came again. A heavy thud soon followed after. I made sure it was quick and painless like the wolf’s, he was my brother after all. He was surprisingly light despite his build. For a mere moment I looked over my shoulder and saw the pit once more. There. I heaved my brother’s body into the hole, watching his body become one with the darkness. There was no noise.

On my return back to the village, I made sure that I had torn off a piece of cloth from his fine coat. “We have gotten separated in the wood,” I had told them all. “He must have been ravaged by that beast. This is all that I have left of him.” I looked down and noticed the same finger caressing the cloth. “But the beast is now dead. I killed the monster and avenged my brother, myself.” I had them all fooled. Even his crimson wife came to my arms, held onto me, and wept the stars. I had once feared another horrific creature from the wood, yet none had came. Rather: the villagers thanked me and consoled me, I was given my brother’s animals and his cottage, and had a dreamless sleep.

My brother came from the wood (like most strange things do).

There was so much joy, so much joy on their faces. But it couldn’t be him, this was impossible. “I can’t believe I got so lost!” It spoke. “Me, living along side of this wood my whole life, how foolish was I!” A hand was then placed on my shoulder, a cold one. “Thank God for my brother. Thank God he killed that devil.” He pulled his hand away from me and joined the intoxicated men in a drunken dance of reunion. Why? Why was I the only one who had noticed his fine coat?

I was unable to sleep. And when I did dream, I always saw his legs limp and his face all red. Various nights I have awoken to see him, digging. Hearing the blade of the shovel impale the soul of the earth relentlessly. He dug deeper, deeper… deeper.

In the cottage, I sat at the dining table, watching the crimson wife showing affection to a stranger. Fixing him some tea like it was their honeymoon. Was this guilt? Was this my brother, not a double, but whole? And if it was so, why wouldn’t he turn to look at me? I even became concerned of my state of mind as I began to question his features, his face, his handsome face. Or was I going mad among sane men?

I decided to head back to the wood myself, to investigate that pit sometime at dusk. With long rope and oil lantern, I retraced his last steps into the wood: passing the woman tree, the growling river, and then the pit. I tied the rope to an old, yet sturdy tree and the other end to my waist. I had not noticed how I had held it so earnestly, and it was only fear of truth to blame. I climbed deeper, deeper, deeper, nearly becoming consumed by the darkness. So dark. So quiet. It was as if there was no other direction, the lantern now my sun, as I heeded further there was only down. My hands ached and I feel my eyes tire. Then I feel the earth underneath, or what I at least thought was earth. Turning around, my lantern close in my left, I saw it. Him, his body still. I call his name, my throat tight. He shifted his head and his face…