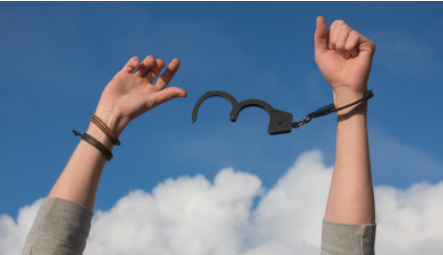 “It’s not that I don’t trust you,” her mother spoke as her hands moved the steering wheel in the direction of the road. Her eyes were on the road, but her mind was only on her younger daughter. “It’s just that I’m worried about you. You’re a little different than your older sister; she’s a lot more open to me, and you’re—well, you seem very distant. You get what I’m saying, right?”

She nodded at her mother as she sipped on her ice coffee, even though she didn’t know—or care about, for that matter—why her mother was telling her all this. Her mother knew she was stubborn and that she wasn’t going to change, so there was no point in telling her all this. Her mother didn’t like her stubbornness, and she knew that the woman who raised her wasn’t the only one who disliked it. But for her, personally, it was her favorite thing about her. It meant that she was determined and knew how to put her foot down, which she believed was something extremely important when standing up for something you want. If you want to follow your heart, you’re going to need to be selfish and put your beliefs and yourself first.

She knew that her mother was lying when she said she trusted her daughter. Of course that wasn’t true, considering how secretive she was. It’s not that she was hiding anything, she just liked to stay in her own world. And quite frankly, she didn’t want her mother’s trust either. She considered it a burden. She knew that one day, if she actually had her mother’s trust, she was going to break it, along with her mother’s heart. And she could never live with herself knowing she’d hurt her mother.

It’s not that she’s a bad kid—she was actually very obedient on the surface. She just wasn’t perfect, like her sister. But she didn’t care. She didn’t care at all. In fact, she hated perfect. She didn’t want a fairytale life—she wanted a normal life with ups and downs. She wanted to experience everything, whether it be good or bad.

Her sister was the total opposite, however. She was good at everything she did and had her whole life planned out. She was a rule-follower and a perfectionist.

She didn’t hate her sister for being that way, though. In fact, she loved her sister, and her sister loved her. And it wasn’t any different for her parents—her parents treated their two daughters like equals, no matter how different they were. The four of them had each other’s backs, no matter what—even if the younger girl was a little bit different from her family.

She had always craved freedom, whereas her family was content with confinement. She wanted to see the world, whereas her family was okay as long as they were in the safety of their home. But she hated safety as much as she hated perfection. She didn’t want protection—she wanted to be open to the dangers of the world and make mistakes and learn from them, because at the end of the day, the biggest risk is not taking one. And that was the rule that the foundation of her life was based on.