Predators And Prey Of Wildlife In New Jersey And Nearby Areas 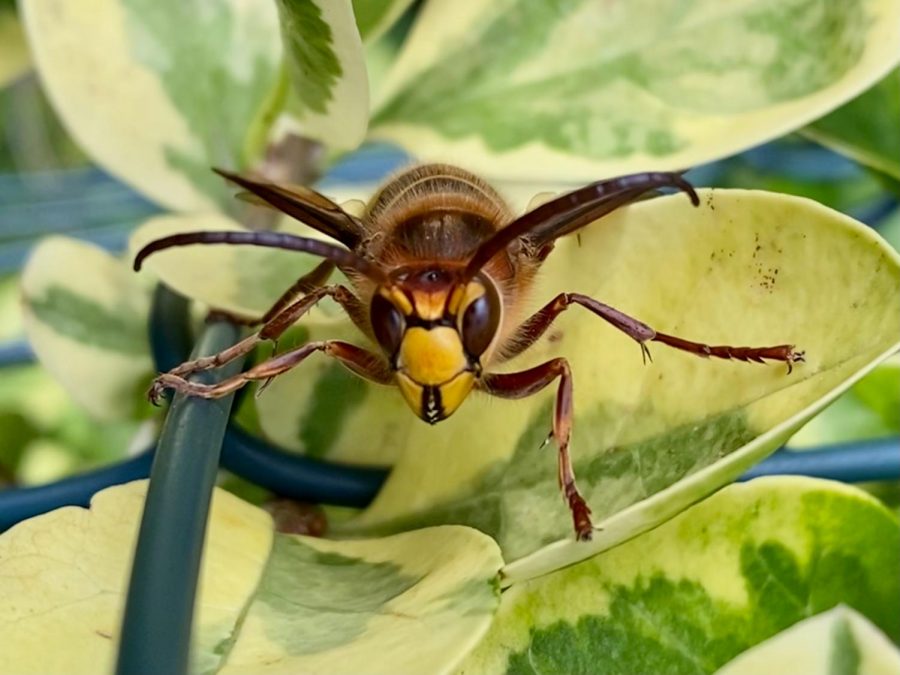 The soothing summer months of 2020 have seemingly already passed, and so soon too. However, due to the overall quarantined status of the majority of New Jerseyans, the denizens of Central New Jersey may have had a better chance to view the summertime wildlife around them here in Monmouth County. Of this wildlife, many interactions between them that may have been viewed could have possibly been between predator and prey. Usually, the idea of a predatory animal and its prey may bring up the image of a larger animal such as foxes, coyotes,or bears, however, smaller animals taking the place of the predator may be overlooked. In New Jersey, these creatures may include the predatory Cicada Killer Wasp and its namesake prey the Cicada, as well as dragonflies and mosquitoes which oh so commonly infest the still freshwater of Freehold.
Example 1- Cicadas & Cicada Killer Wasps
Commonly in the North-Eastern United States, the cicada starts its life hatching out of an egg (one usually laid on the outside of a tree) and then begins to burrow into the ground to reach the nutritious wooden roots of a tree. It then spends about 2 decades underground before, one night in early summer, they begin to crawl up to the surface and climb up the stems of plants, most commonly a tree trunk. It then spends a little time molting its nymph stage exoskeleton and developing into an adult cicada- the brown, hollow, semitransparent exoskeletons of a nymph cicada are quite a common sight during the summer months. Finally, having only one summer to live above ground as an adult, the male’s buzz. The noises they make can be heard over severely large distances. If the calls are successful, the male cicada is able to pass on his gene to the next generation of cicadas, dying shortly after. If not successful, the chills of winter that occur in the fall freeze the organism, which dies due to exposure and cold.

Although many animals prey on adult cicadas, such as turtles, birds, Grey Squirrels, and raccoons, a notable and quite eccentric predator of the cicada is a fellow invertebrate, the Cicada Killer Wasp. Generally, the wasps hunt the adult cicadas in order to feed their soon to hatch young. In the heat of the summer and amidst the ruckus caused by the cicada, a female Cicada Killer Wasp, a quite large specimen of digger wasp, finds a suitable dryer location of which to burrow a tunnel to put her offspring, and the cicada(s) in. After digging out the hole, she will search for a cicada of which she will hunt. She does this by stinging a cicada in one of its main nerves so that it is paralyzed, but alive. Then she begins to drag the doomed living cicada back to her burrow. Once she has it in the burrow, she lays one egg in the chamber. Shortly following this, the egg hatches and feeds on the either paralyzed and dying or freshly dead cicada. Once it has eaten and ingested enough nutrients, it forms a cocoon in which it spends the winter, developing. Once the winter has long passed, the now fully developed wasp wrangles free of its cocoon and digs up a few feet to the surface and, for the first time, like a cicada nymph, sees the outside summer world for the first time, only this time, the young wasp is a fully developed adult.

~
Example 2- Dragonflies and Mosquitoes
On a summer day walking through the woods, one may encounter a body of still freshwater here in central New Jersey. If not too contaminated by pollutants, plants and animals inhabit it. A common pair of invertebrates found in such bodies of water are the dragonfly and the mosquito. Still, or slow bodies, of water are ideal, as many insects and invertebrates go to such locations to lay their eggs and raise their young. The tall slender reeds growing near the shallow perimeter of the pond usually host a great variety of creatures. However, although many of the creatures may prey on mosquitoes, the dragonfly is a formidable expert on hunting mosquitoes.

The waters, of which young immature dragonfly and mosquito nymphs reside, are also commonly homes for many animals, such as dragonflies,—which prey on mosquitoes, crickets on and/or right next to land—mosquitos,—a common prey for animals in the area and also a pest to people—turtles— found sunbathing just under the water, snakes usually found at the surface of the water, small fish, spider-like water striders who stand on the water not breaking the surface, a type of insect resembling a rowed rowing boat water boatmen—and frogs—such as bullfrogs, green frogs, and leopard frogs, as well as their tadpoles. These animals form a community that can be found in the leaf-littered sunlit shallows in the still-standing water of bogs, swamps, marshes, ponds, and other forms of wetlands- as well as lakes and even large puddles.  Even at a young age, dragonfly nymphs start to prey on mostly mosquito nymphs and if chance allows, possibly other waterborne insect nymphs. At some point in their following life cycle, both the dragonfly and the mosquito soon become adults.

They climb up a reed or a stem protruding from the water and shed their nymph/larval form to become adults. Not all mosquitoes suck blood from animals, only the females do in order to provide necessary nutrients to raise and lay eggs. In fact, the adult male and female mosquitoes consume plant liquids. Even though bats are a commonly known predator of the mosquito here in Freehold during the summer months, dragonflies too, are exceptional mosquito predators. With excellent skill in flying, with the ability to even hover in place, and fly vertically. Using their excellent agility, the dragonfly can quickly and efficiently get around. Once the dragonfly is after a target, if successful in the hunt, it grabs its prey with its legs and catches it. The mature adult mosquitos lay rafts of eggs on the water’s surface, while the dragonflies lay eggs just under the water’s surface. And at the end of the summer, with winter fast approaching, the infantile nymphs and larva of the mosquito and dragonfly stay under the water for the next few months growing submerged, until the next year when the warm weather returns, they leave the water once again as their predecessors did, and summer, though short, lets them spread their wings and fly.

Such dramas happen again and again during most New Jersey summers, yet due to the size of the cast, the occurrences often go unnoticed and overlooked by many. Although the northeastern temperate summer fellow Freeholders experience is short, the warm short window of time from May to September may be enough to cause quite a few new chances to show up, and following them new beginnings to occur. The marvel of summer and its abrupt burst in life shouldn’t be overlooked, and although the summertime may run out, there and then is a lot of things that could be done before winter comes and the summer ends for the year, only to restart after the seemingly longer harsher colder winter begins to warm again.